More than 450 movies and TV projects have been shot over the past several decades in the state, according to TravelOregon. So, be sure to m 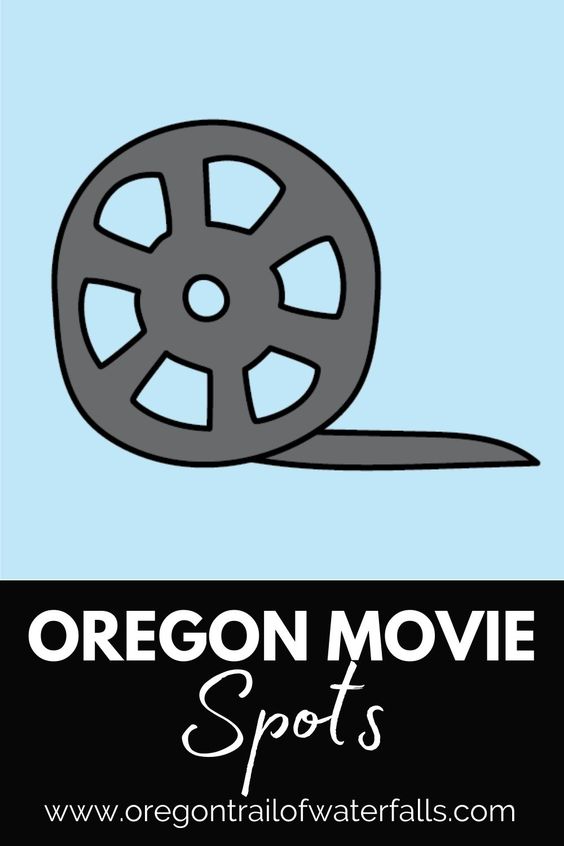 ake time to travel The Oregon Film Trail and visit the Oregon Film Museum! On the museum’s website you can search a list of featured movies filmed in Oregon, a movie map, and much more. If you want to see movies and shows currently in production in Oregon, click here. If you were more interested in watching movies and shows about Oregon, click here.

This movie starring Wil Wheaton, Corey Feldman, Jerry O’Connell and the late River Phoenix is about a writer retelling his childhood journey with friends to find the body of a missing boy. It was a humongous hit in the ’80s. Parts of Stand By Me were filmed in Brownsville, which stood in for the fictional town of Castle Rock. The town has several plaques to mark movie locations for photo ops. In fact, Brownsville holds a yearly festival each year in the film’s honor

The 36th Anniversary of the release of Stand By Me falls on a Saturday, July 23, in 2022 and big plans are already in the making for a fun filled weekend in the film’s honor.

Wild is a drama based on the 2012 bestselling memoir Wild: From Lost to Found on the Pacific Crest Trail, written by Oregonian Cheryl Strayed. While Wild has story lines in California, Minnesota, and Oregon, all but seven of the movie’s scenes were filmed in Oregon.

Wander Mount Hood and you might just spot the location from the film’s famous boot drop; not the actual boot of course, as someone already found that! Danner, a shoe factory in Portland, made countless pairs of the infamous boots for the movie (since Reese Witherspoon, who played Cheryl, had to record a scene where she tosses a boot several times). Here’s where you can snag a pair of the boots for yourself. Make sure to visit these nine iconic film locations. Here’s an article from The New York Times where a reporter tackles parts of the trek. Stay at: Old Parkdale Inn.

The Goonies
Hey, you guys! RememberThe Goonies? The movie about a group of misfits that discover an ancient map and set out on an adventure to find a long-lost treasure was a staple of childhood for many. It also launched the careers of Sean Astin, Josh Brolin and Jeff Cohen. The movie was largely filmed in Astoria, with scenic shots from other coastal towns, like Cannon Beach. See the actual beach seen in the flick or climb your way to the cliff where the Goonies pull up on their bikes at Ecola State Park, and more! Roadtrippers.com has a whole trip route for movie buffs, take a look.

National Lampoon’s Animal House
One of the most successful comedies of all time, National Lampoon’s Animal House, was filmed at the University of Oregon in Eugene in 1977. The movie launched the career of the late John Belushi and told the story about college fraternity misfits who battle with their dean and a rival fraternity to keep their spot on campus. Two fraternities also agreed to allow their buildings to be in the film. The city of Cottage Grove, about 20-miles south of Eugene, even closed down Main Street for three days to film the homecoming parade scene. While the location known as Delta House was torn down in the late 80s and replaced by another building but a plaque near the sidewalk marks the site. The other two locations on 11th Avenue still stand and are incredibly popular among fans. Today, the film has is part of the university’s culture and movie locations are highlighted on campus tours.

And who can forget the TV series ‘Grimm’? Walk in the footsteps of “Grimm” characters with this guide to Portland and Oregon locations where the set-in-Portland NBC series was filmed.

After mask guidelines are lifted:

● Some businesses may choose to still require masks.

● Some people may choose to still wear a mask.

We have all struggled through COVID-19 and could use a little kindness. Please be respectful of local businesses and their workers and most importantly kind to yourself.